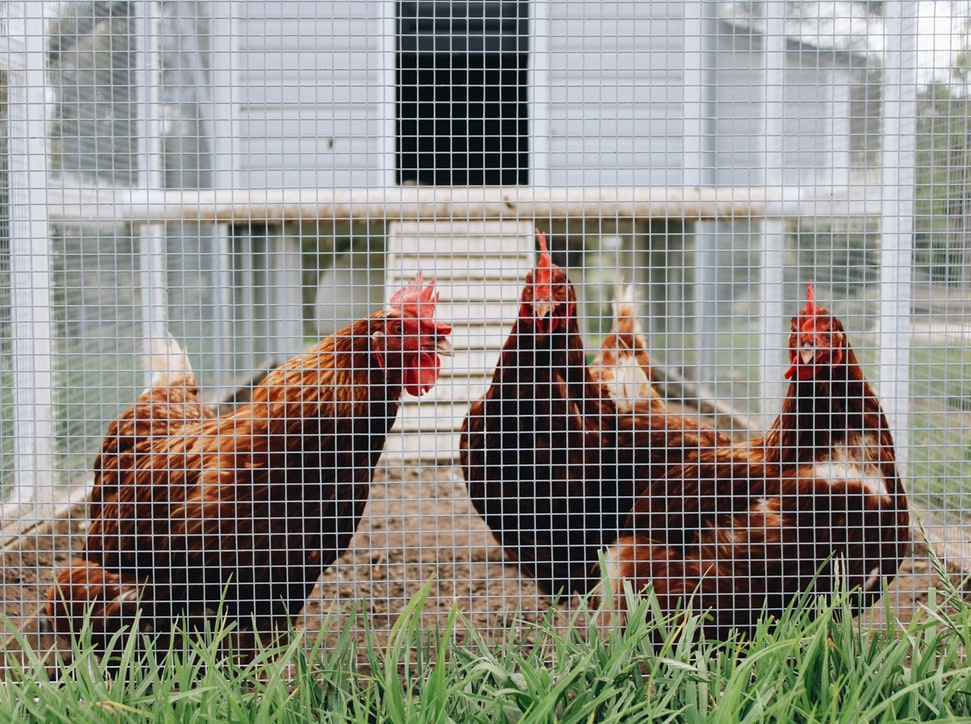 Backyard chickens are known to suffer from a variety of health conditions and illnesses, so as an owner of poultry, it’s important you’re aware of what to look out for if your chickens start to appear unwell.

If chickens are checked regularly, hygiene is kept intact and have a good nutritional intake, many illnesses and health problems can be avoided, but do be assured that there are a few cases that cannot always be prevented.

Luckily, some of the worst health complaints can be solved with vaccinations and medication such as antibiotics, however, it’s important to be aware of poultry health concerns to ensure long-term health complaints or worst-case scenarios are less likely to occur.

Here are just a few to be aware of:

It’s not uncommon for chickens to become infested with mites. While they may not seem to harm your chickens initially, allowing them to fester in their feathers means they have more time to suck on their blood and breed in colossal numbers, which leaves them susceptible to a number of diseases.

One way to check if your chicken has mites is root through their feathers for eggs, which are usually the size of a pinprick and red in appearance. If you are becoming increasingly aware that your chickens haven’t been laying eggs in their nest boxes, this is another sign that mites may be present in the coop.


In order to treat mites, you’ll need to use a broad-spectrum insecticide such as permethrin and keep on top of cleaning out the coop to prevent future infestations.

Many poultry owners are often left wondering why their chicken is breathing strangely and there’s usually a very good reason for it. Chickens are known victims to an array of respiratory issues, which may present itself in the form of a cough, sneeze, wheezing or heavy breathing. Another symptom to look out for is discharge leaking from the eyes.

It can be hard to determine the exact cause of these symptoms if you’re inexperienced in poultry care, which is why it’s always best to consult a veterinarian who will be able to give an accurate diagnosis.

In most cases, it may be down to dust sensitives – just as we humans experience, but it could also be a sign of extreme stress and temperatures. In worst-case scenarios, symptoms may be linked to life-threatening diseases such as infectious laryngotracheitis virus (ILT), Newcastle disease and Avian influenza.

If you are the owner of older chickens, a common illness to be aware of is fowl cholera, which affects the joints, sinuses and tissues within the body. It’s much more common for cocks to contract this illness than hens.

Symptoms to keep a lookout for include loss of appetite, green-tinged faeces, swollen joints and ruffled feathers. Unfortunately, sudden death can occur if your chicken contracts fowl cholera.

If you’ve noticed your chicken wiggling over the past few days, there’s probably a very good reason for it. Poultry worms are a common issue that affects both cocks and hens, however, the good news is that it’s extremely easy to treat.

Rest-assured, almost every poultry owner will experience an infestation of worms at some stage as it’s not that easy to prevent, so it’s nothing to panic about. Worms are spread through droppings and as chickens aren’t the most discrete of animals when it comes to choosing where they go to the loo, it can be difficult to stop worms spreading.

There are, however, a couple of ways you can aim to prevent worms from spreading, as follows:

As soon as you notice droppings within the coop, it would be wise to change the bedding with immediate effect. It’s only a matter of time before the thousands of worms contained with the faeces start to make their way around the coop and landing on other chickens. Opt for hemp bedding, due to the fact that it’s highly absorbent and repels pests naturally.

Get your chickens out of the mud

Always make sure your chickens aren’t exposed to muddy conditions on a constant basis, as worms thrive in these types of environments. If your coop is starting to look damp and wet, get your chickens onto dry ground until you’re able to change the bedding.

Sour crop is a condition in which a chicken’s crop  (in the upper part of the chest) doesn’t empty its food contents properly, which causes food to say lodged. The crop is simply used as a store and sort section in the chicken’s throat as part of their digestive process.

As chickens have an extremely high rate of metabolism, they tend to eat as much food as they can – and often more than their body weight needs, which is where the crop comes into play. The crop stores the food consumed until it makes its way into the digestive tract and down into the stomach.

Food stuck in the crop begins to ferment over time, which leads to the growth of Candida albicans yeast and then goes on to cause a yeast infection.

There are a number of symptoms to look out for in your chicken to determine whether it is suffering from Sour Crop, including:

Even though Sour Crop is extremely common amongst backyard chickens, there are various methods of prevention to be aware of, including:

If you are unable to empty your chicken’s crop after inspection, seek the help of a vet.

If you have a small flock and have only been feeding them your leftovers, you could be at risk of causing serious nutritional deficiencies. Luckily, if you’re reading this as a new chicken owner, you have enough time to put it right, as a poor diet can contribute to an array of health concerns including poor bone growth, weight loss, rickets, poor skin and egg production.

Prepared diets can be purchased from the pet shop, which should give you the peace of mind that your poultry is getting the correct nutrition.